The Navy has arrived at the Accomack County Airport

Members of the VFC-12 squadron from NAS Oceana arrived at the Accomack County Airport on Sunday July 28 to begin giving the A4-F Skyhawk a new look.

The A4-F is on loan to the County from the National Naval Aviation Museum in Pensacola, FL.  The plane last flew with the VFC-12 squadron in 1992.  The A4-F was brought to the Airport in 1995 in three sections, where it was reassembled, painted and displayed.  As the condition of the aircraft started to deteriorate from exposure to the elements, several options were discussed and considered but none came to fruition.  The National Naval Aviation Museum had several issues with maintenance done on other aircraft on display at various locations throughout the country, and now required a Scope of Work to be developed that had to be approved.

Capt. James Metcalfe, Retired US Navy, has been visiting the Eastern Shore and the Airport for many years and offered to lend his support.  He reached out to the Skipper of the VFC-12 at NAS Oceana, Commander Royal (Rip) Gordon and Commander Matt Renzel, who thought the project worthy and assigned a crew to paint the A4-F.

The Airport coordinated the project with Capt. Metcalfe and Master Chief Eric Dusenbery, who in turn put us in touch with Petty Officer Robert McClure (AM1).  Petty Officer McClure was involved in painting the A4 based at NAS Oceana as well as an H3 based in Jacksonville, FL.  The A4-F at the Airport will be the third aircraft he has restored for the Navy.  Needless to say, the National Naval Aviation Museum approved the Scope of Work that was submitted.  The other members of the team include:  Jacob Mayers (AM2), Jared Mattone (AM3), Dylan McCarragher (AM3) and Angelica “V14” Valladares-Cedo (AM3).

After assessing the condition of the A4-F, the crew were pleased to find it in much better condition than expected and starting the task of giving it a new look.

The current VFC-12 squadron colors are an Artic Splinter, which is designed to resemble Russian jets.  The squadron plays an adversarial role in preparing the fleet, and the Artic Splinter pattern immediately identifies the VFC-12 aircraft as an enemy fighter.   The new updated look includes grey, white and charcoal.

Please stop by and see the transformation of the A4-F that is now getting the maintenance and new look it deserves, and meet the NAS Oceana crew members who are making it happen.

Special thanks to the Wachapreague Inn, Herc Rentals and Captain E's Hurricane Grill for their support. 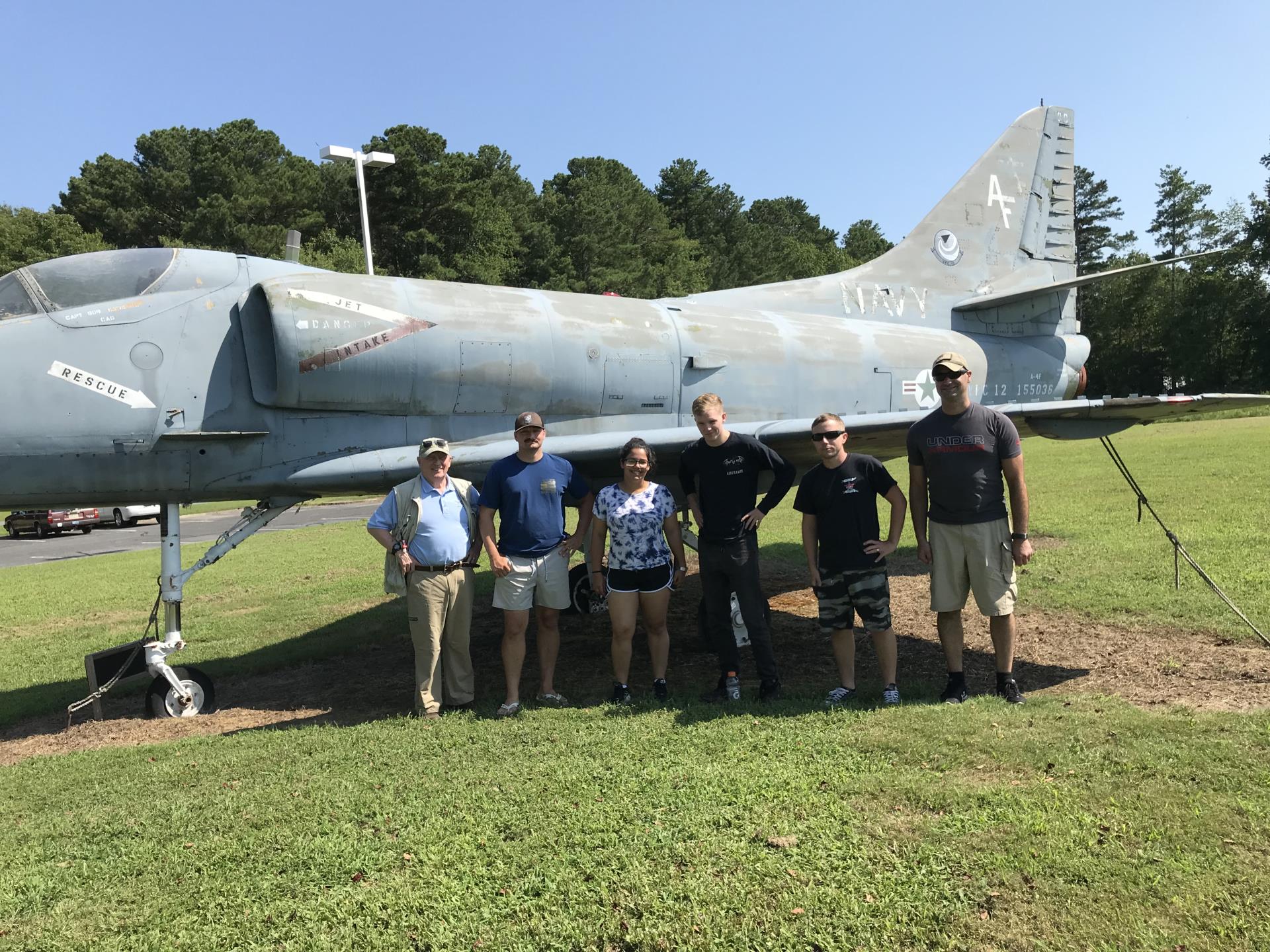 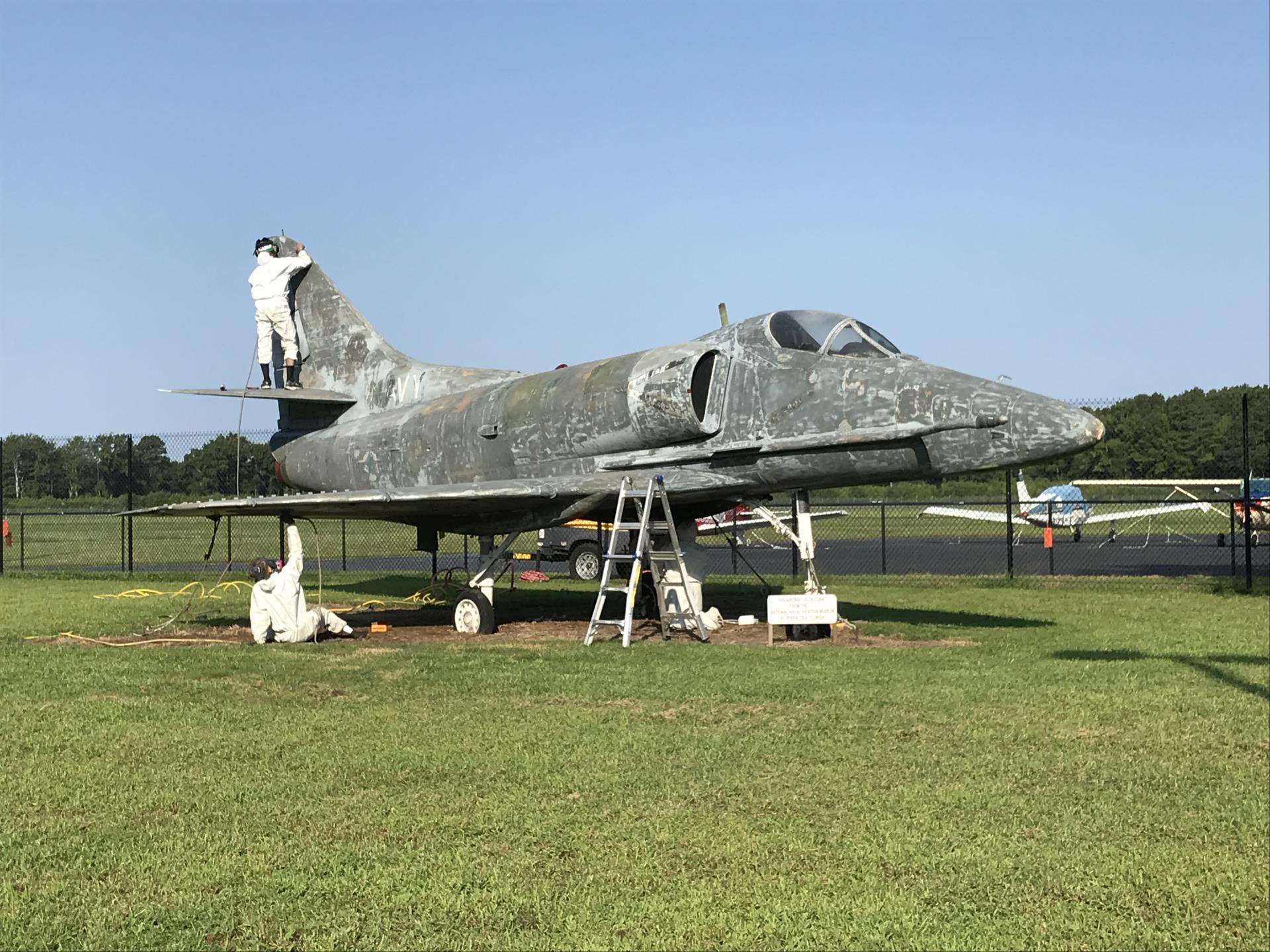 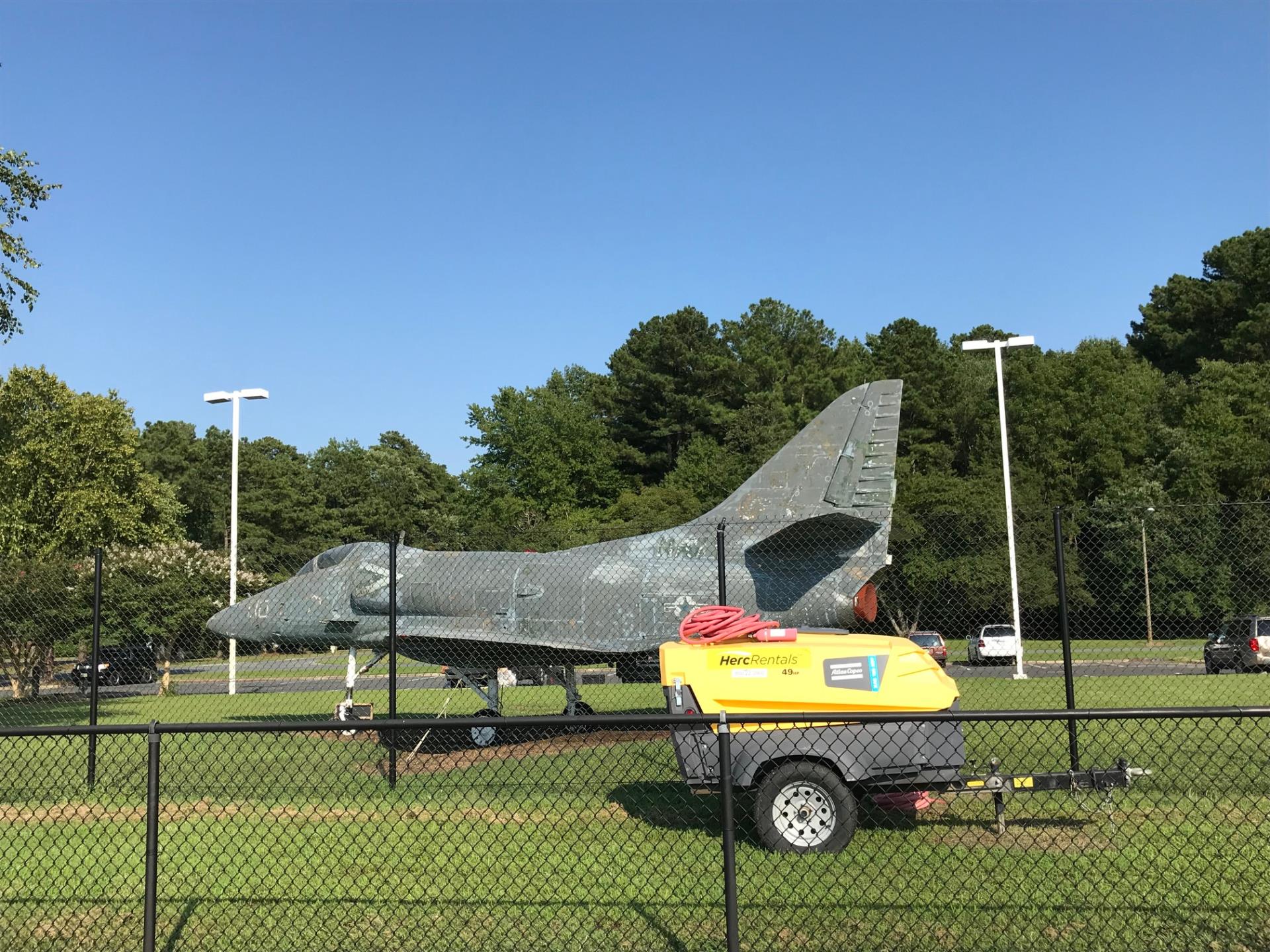 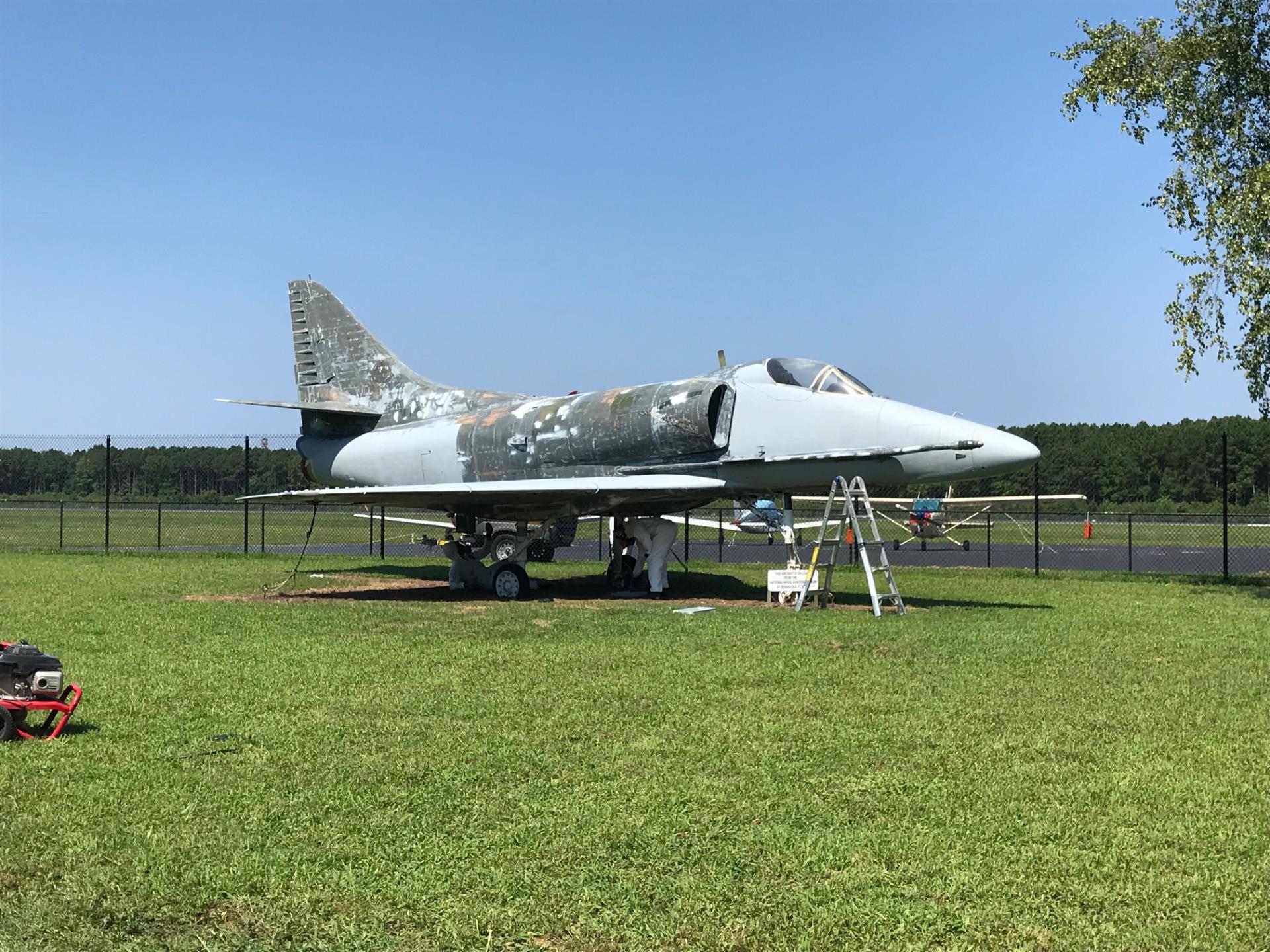 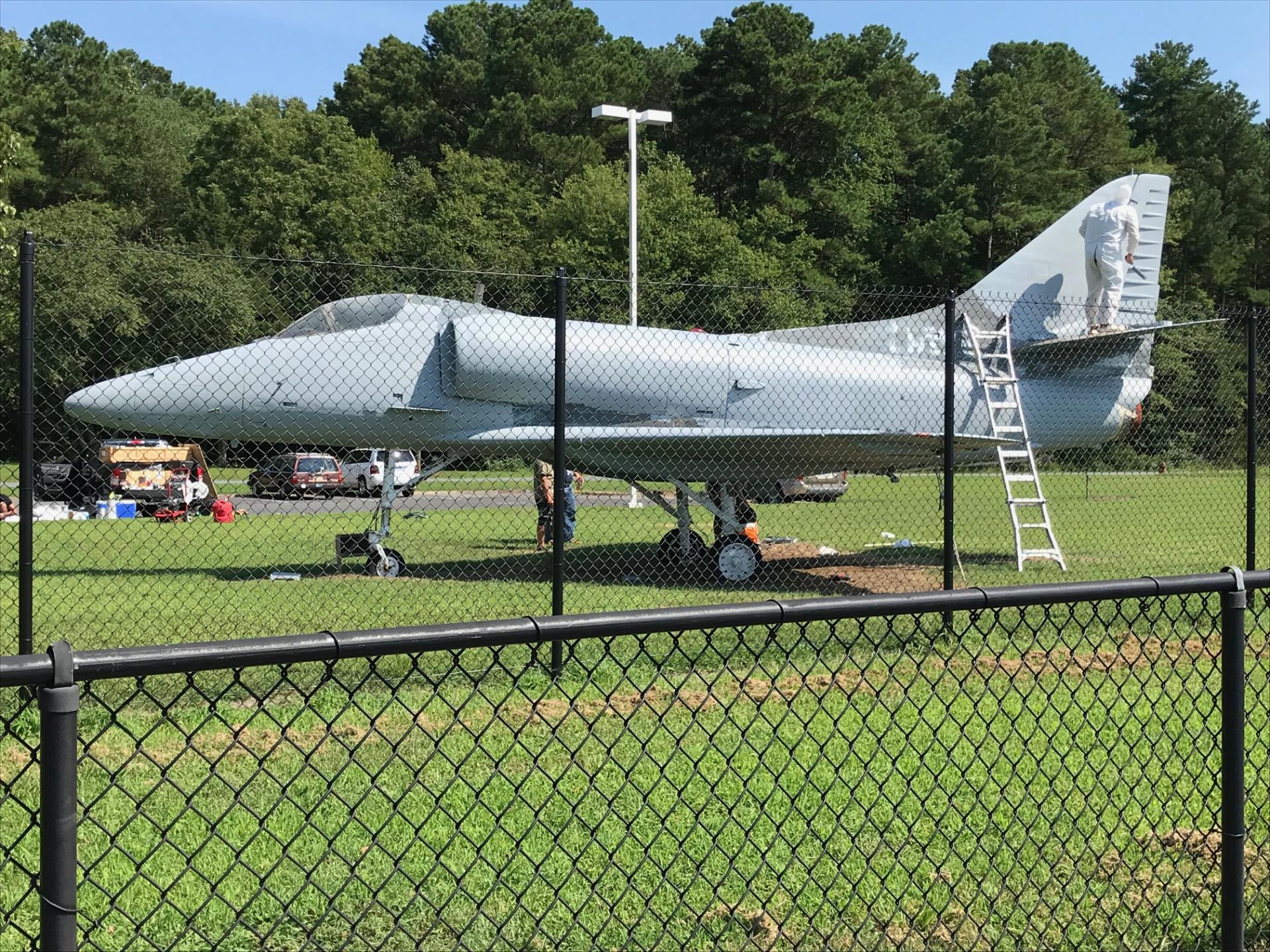 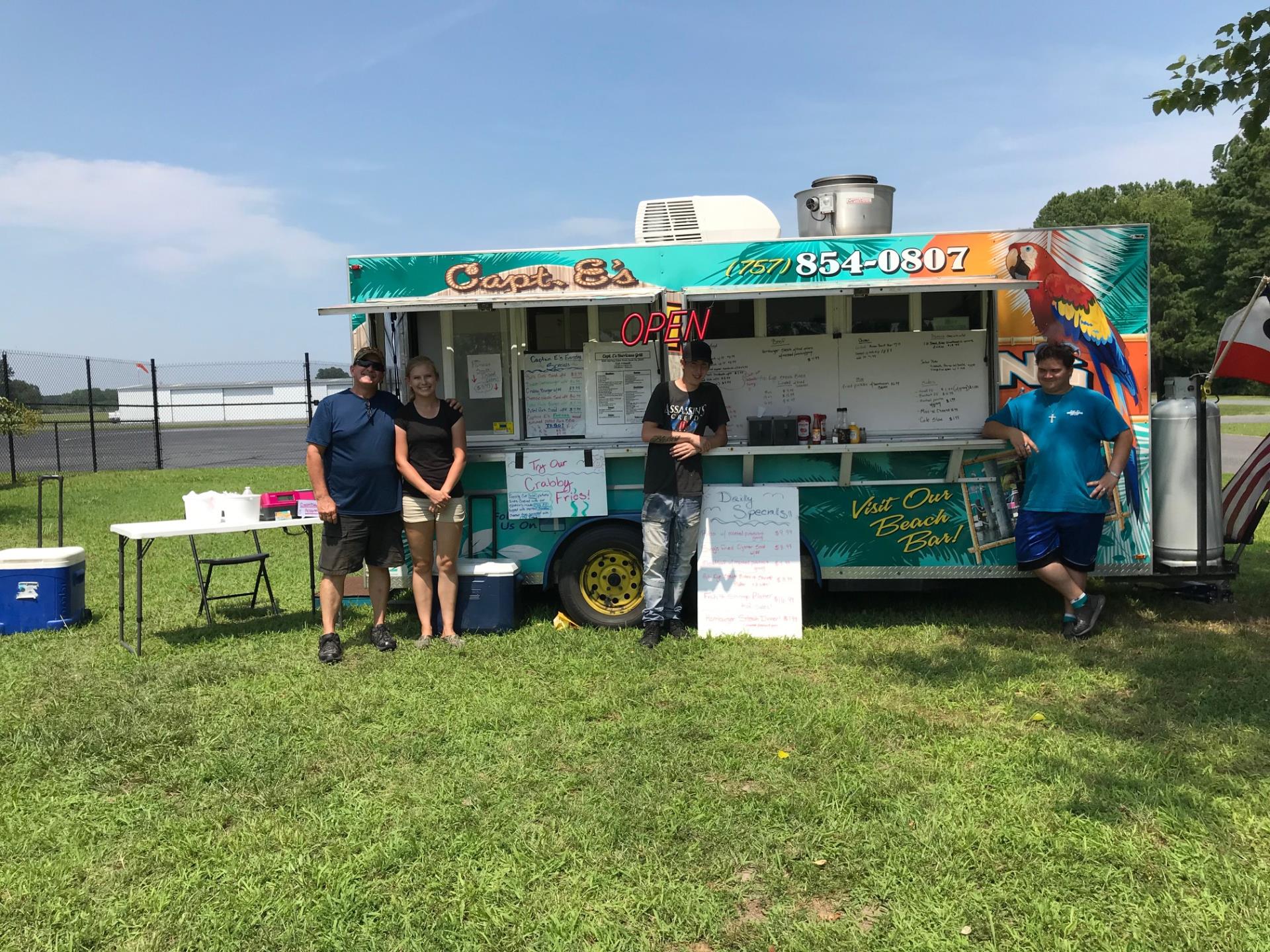 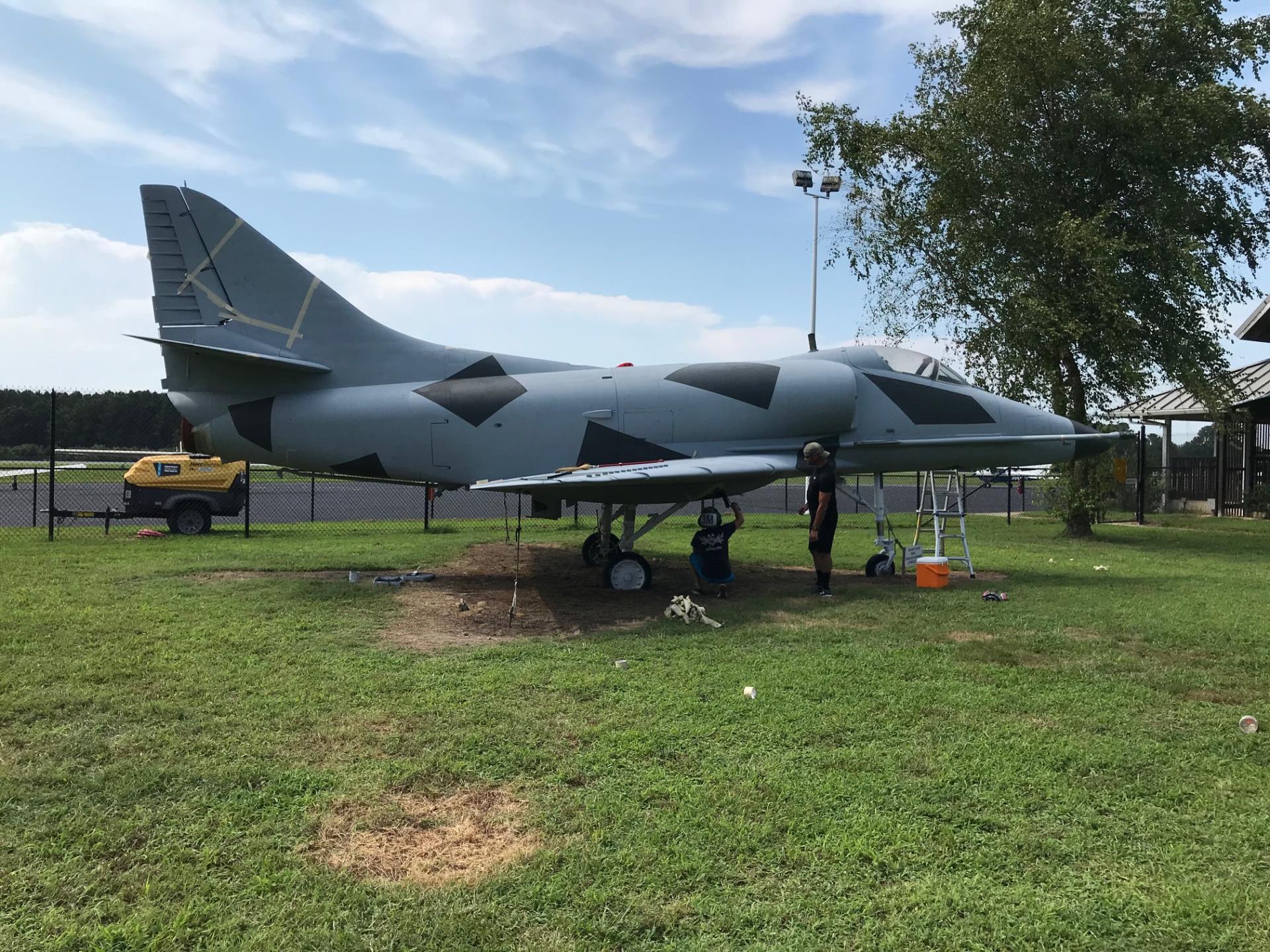 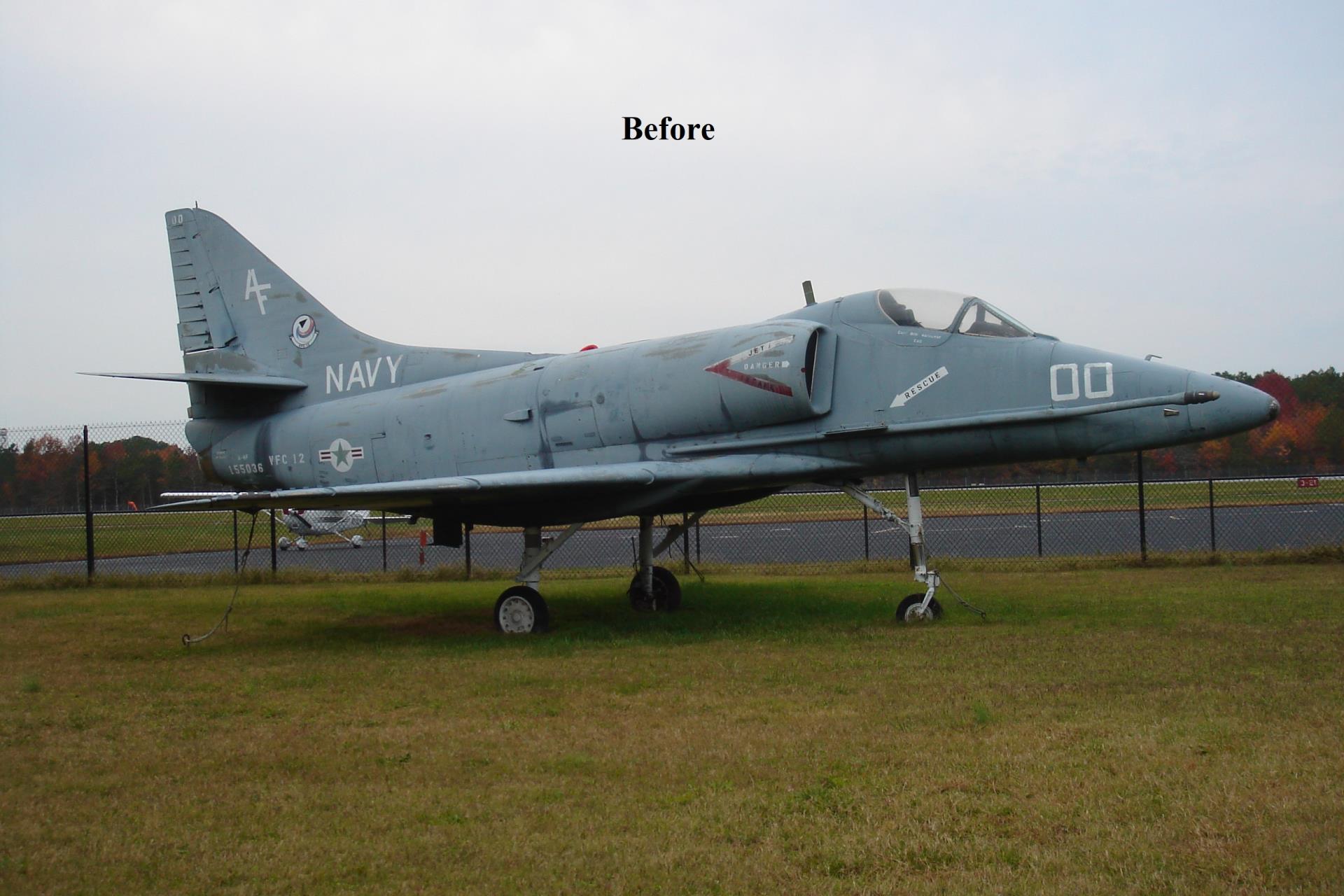 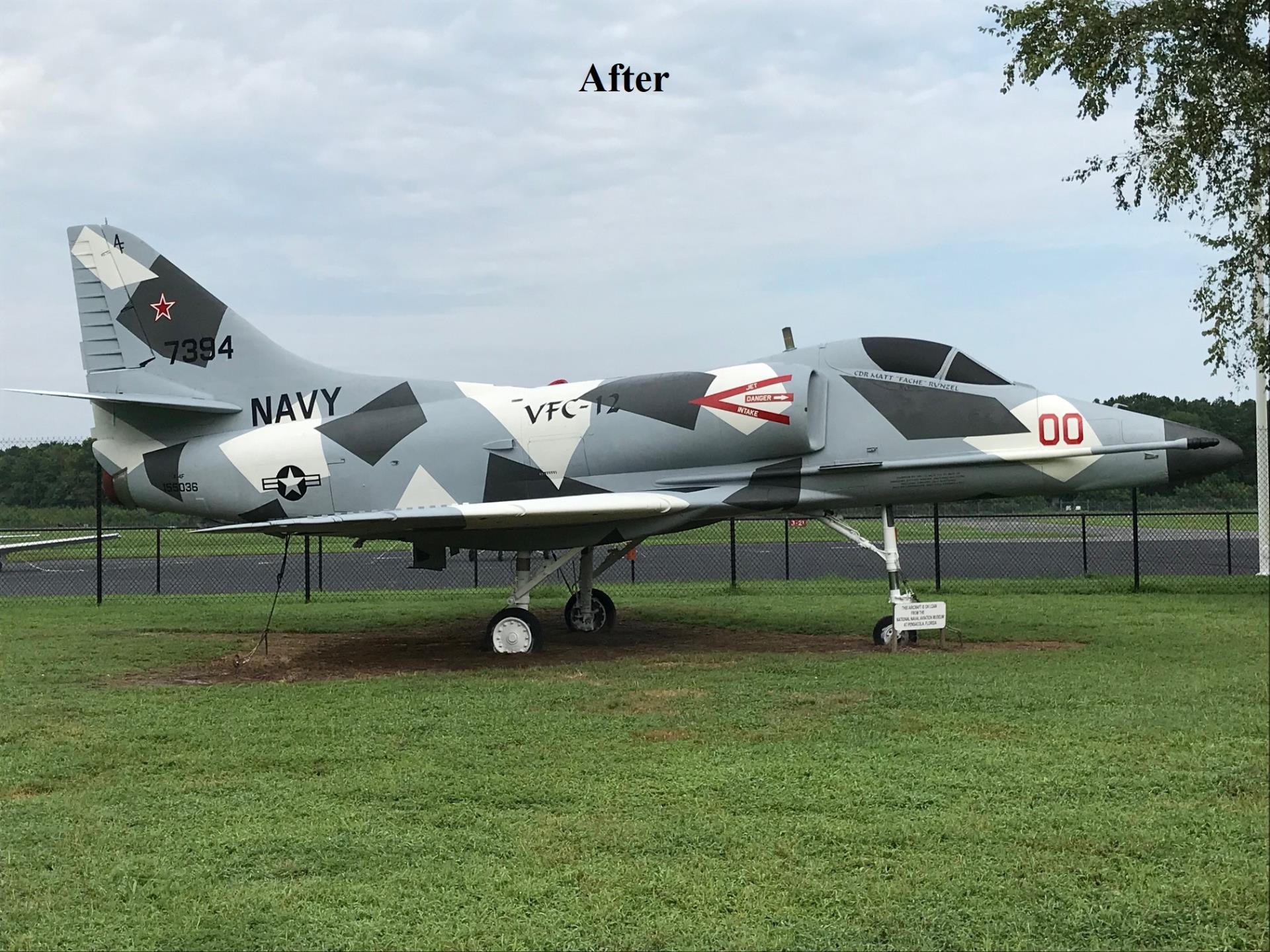