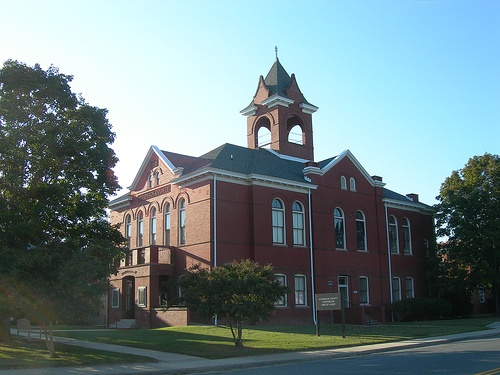 Located on the northernmost portion of Virginia’s scenic Eastern Shore, Accomack County covers approximately 476 square miles of rich farmland, undisturbed beaches, expanses of marsh and forest, and small towns rich in history and culture. The county has a total area of 1,310 square miles, of which 455 square miles is land and 855 square miles (65.25%) is water. It has miles of shoreline on both the Chesapeake Bay on the west and the Atlantic Ocean on the east, constituting one of the largest unspoiled wetlands habitat in the world. Accomack County’s picturesque small towns and villages offer a modern-day refuge to those who seek the serenity of streets lined with Colonial- and Victorian-era homes and storefronts. The towns of Accomac and Onancock are designated State Historic Districts that feature restored Colonial architecture. Recreational opportunities attract fishermen, boaters, and beach-lovers to Accomack County and its pristine barrier islands.

Accomack County was established in the Virginia colony in 1634. It was one of the eight original counties of Virginia. The county’s name comes from a Native American word meaning “the other shore”.

In 1642, the name of the county was changed to Northampton. In 1663, Northampton was divided into two counties. The northern county took the name Accomack while the southern retained the name Northampton.

Today, Accomack County is home to the Wallops Flight Facility, operated by the National Aeronautics & Space Administration (NASA). This flight facility supports NASA’s scientific research and provides for the development and launching of orbital and sub-orbital payloads, placing the facility at the center of NASA’s space and earth science programs. As one of only three commercial rocket launch facilities in the United States, Accomack County can expect to see further growth in these activities.