The Wallops Research Park (WRP), located on Virginia’s Eastern Shore, is at the epicenter of the Mid-Atlantic Region. A prime location for aerospace and aviation operations offering 200+ acres specifically for Unmanned Aircraft Systems (UAS) and medium class space launch vehicles, particularly for those seeking to leverage and enhance the capabilities of the Mid-Atlantic Regional Spaceport (MARS) and NASA Wallops Flight Facility (NASA WFF).

The WRP represents a unique opportunity for significant investment and job creation from companies engaged in the aerospace and defense industry sectors. 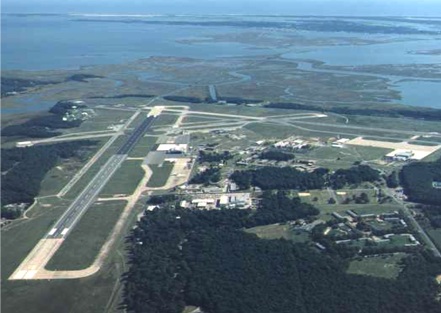 The WRP is adjacent to the NASA Wallops Flight Facility, offers tenants a distinctive business advantage not available anywhere. The Wallops Flight Facility is home to unique and valuable assets that can be leveraged for federal, state and private sector development. In total, there are approximately 6200 acres within the WFF which provide three major capabilities: Research Airport; World Class Launch Range; and end-to-end engineering design, fabrication, and testing facilities.

The Mid-Atlantic Regional Spaceport (MARS), located within the NASA Wallops Flight Facility, provides full service launch facilities and offers a significant competitive advantage for commercial, government, scientific and academic users both foreign and domestic. MARS is approved for launch azimuths from 90 to 160 degrees, making it an ideal location from which to launch to the International Space Station (ISS). Orbital ATK, Inc.is currently utilizing the MARS facility to build and demonstrate a new rocket to resupply the ISS. The Orbital ATK, Inc. contract with NASA authorizes eight missions from 2012 to 2015 from the Wallops Flight Facility.

The park is ready for private investment. In 2014 over $8 Million in State and local funding was made possible through the concerted efforts of the Wallops Leadership Council, NASA, the Chincoteague Bay Field Station, the Commonwealth of Virginia and Accomack County. This investment in the Park enabled the following amenities to be developed:

1,200' taxiway which leads to the NASA towered airfield with 8,748' runways was completed in April 2015. This striped taxiway connects tenants to NASA Wallops Flight Facility. It is fine graded, 75' wide with a 6" base course and 16" thick concrete surface.

4,800 lf of waterline, 1,500 lf of sanitary sewer connections are complete with a 150 gpm pump station and sanitary forcemain.

Broadband fiber is onsite with a redundant, sonnet ring.

Aerospace Gateway and Taxiway Boulevard make up the 1,490 lf of roadway

Three Phase Electric has been installed to the park

Ground breaking for this project was in June of 2014. The Project was completed on time and on budget.

Commercial and industrial lots are currently available with 55+ acres are ready for pad development.

Foreign Trade Zone (FTZ) benefits are available as a sub-zone of the Port of Norfolk FTZ.

The park is within the Accomack County Enterprise Zone approved January 1, 2015.

To find out more, contact the Wallops Research Park at: