An evacuation notice is an order issued by Accomack County advising everyone in a particular area to evacuate their homes. Possible events that would necessitate an evacuation notice include flooding, high winds, storm surge, and/or hazmat incidents.

There are several possible levels of evacuation:

Partial Evacuation (may include some or all of the following): 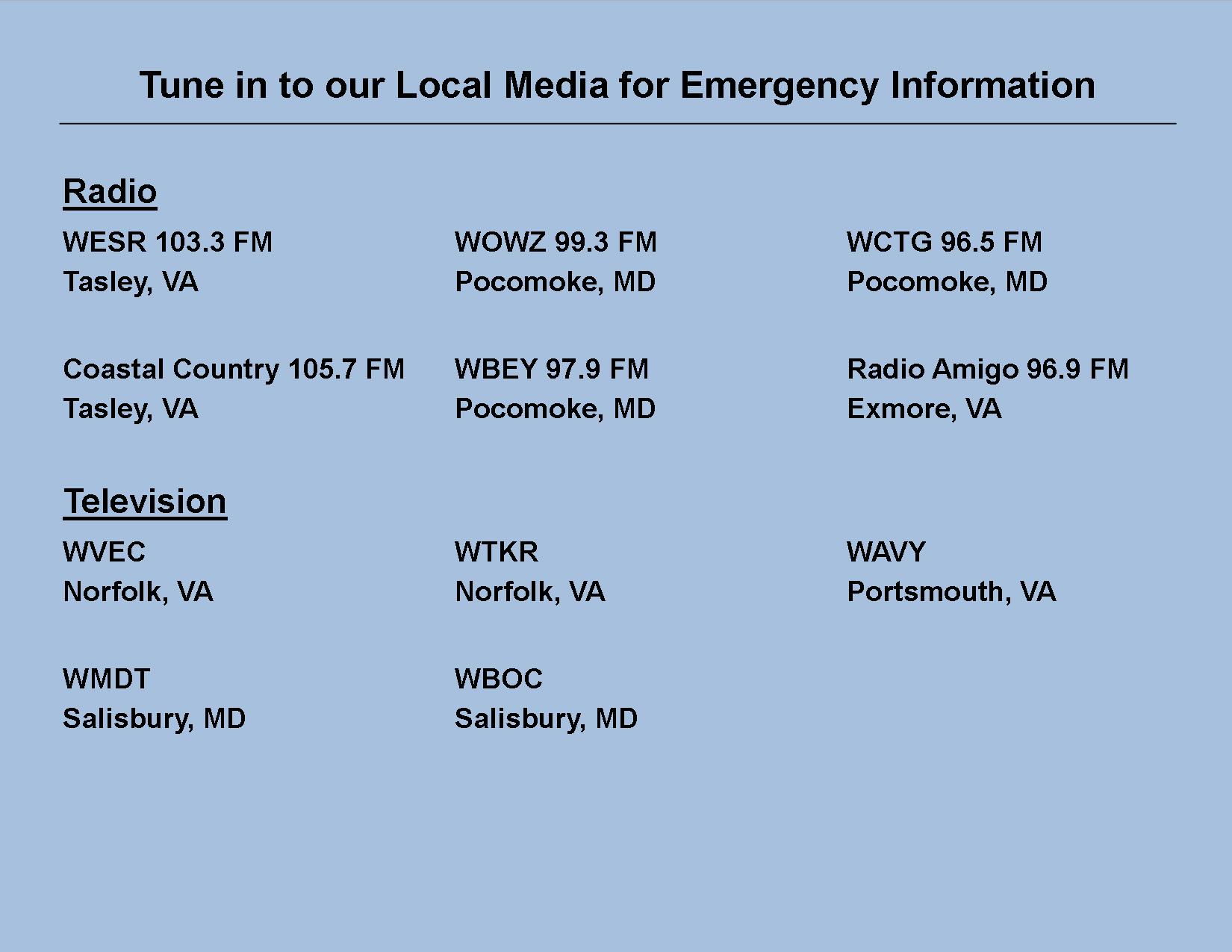 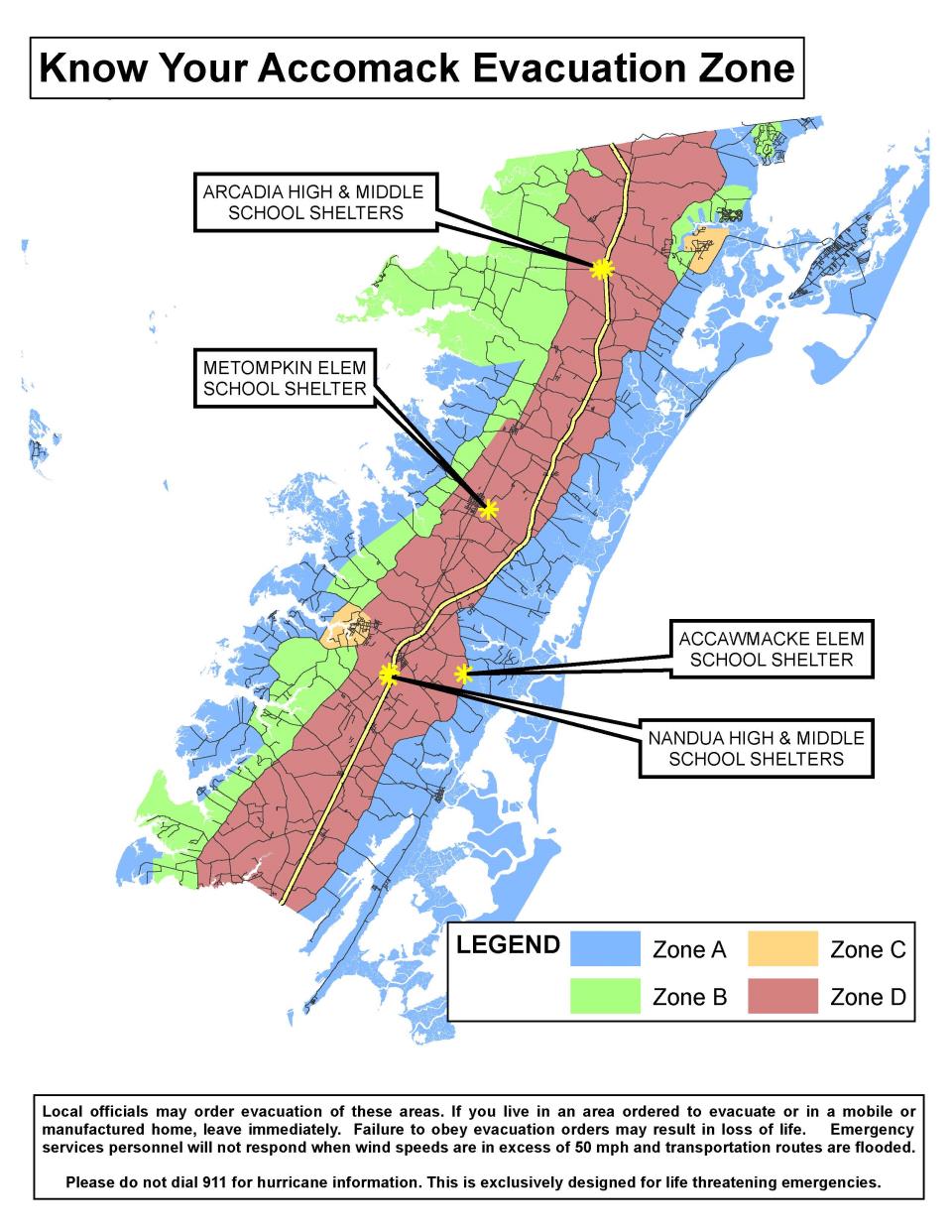