As a condition of the Disaster Mitigation Act of 2000, local governments are required to complete a Hazard Mitigation Plan in order to receive certain types of disaster assistance. In the spring of 2003, the Virginia Department of Emergency Management asked the counties of the Eastern Shore and the Accomack-Northampton Planning District Commission (A-NPDC) to undertake this work and directed the A-NPDC to utilize pre-disaster mitigation grants to finance the planning process. Many stakeholders from local governments, private organizations and state government are involved in creating the local mitigation plan. 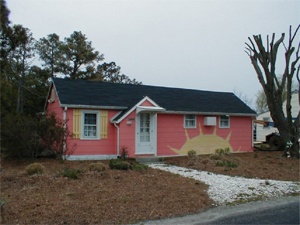 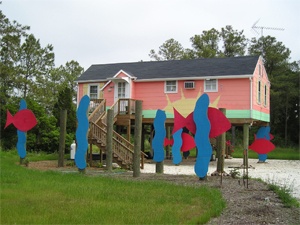 In essence, the Eastern Shore Hazard Mitigation Plan first identifies hazards specific to the Eastern Shore and using past events as a guide, ranks the Shore’s vulnerability to these hazards. The most probable hazards having the greatest impact upon the Eastern Shore have been identified as Coastal Flooding, Storm Water Flooding, High Winds, and Coastal Erosion. After identifying and ranking the area’s vulnerabilities, the stakeholders generate a number of goals, the results of which will mitigate the effect of severe hazards on the Shore.

Hazard Mitigation is defined as any cost-effective measure that will reduce the potential for damage to a facility from a disaster event. Some measures require monetary assistance via federal grant funding, while other measures can be obtained at no cost. Local mitigation efforts include relocating or elevating homes and critical facilities out of flood zones, implementing a comprehensive drainage plan, increasing citizen awareness of emergency planning needs, promoting acquisition of flood insurance, and implementing conservation measures to prevent coastal erosion.

Access the 2016 Hazard Mitigation Plan for the Eastern Shore by clicking on the hyperlink below. It is a rather large document  and may take a while to download. A printed copy of the plan is also available for perusal at the County library in or the A-NPDC office, both located in Accomac.