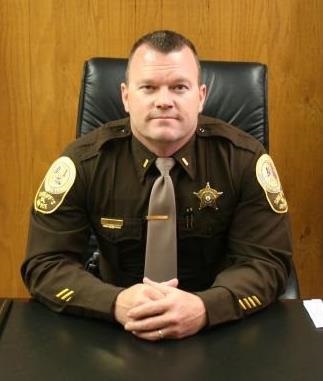 Effective August 1, 2017, Sheriff Todd E. Godwin appointed David Lee Carlton Wright, III as Lieutenant of the Operations Division.  Wright is a 1992 graduate of Barton College with a B.S. Degree in Business Administration.  He began his law enforcement career with the Accomack County Sheriff's Office in 1994 as a correctional officer and transferred to the Patrol Division in 1997.  Wright became a Master Deputy in 2004 and has been trained in all aspects of the Patrol Division to include certification as a bushmaster carbine instructor, general and firearms instructor, certified sniper, open water diver, field training officer, radar & lidar/laser operator, and training in swat and drug interdiction.  He was promoted to Sergeant of Patrol in 2008, 1st Sergeant in 2009, and Lieutenant of Patrol 2011.  As Lieutenant of the Operations Division, Wright is responsible for supervising the day-to-day activities of the Civil Division and Communications.

The purpose of service of civil process is to provide timely notice to a person or legal entity (business or organization) of pending legal action in which they are somehow involved. The notice may be in the form of a variety of legal documents, and must be served in accordance with the law as it pertains to the particular document used. Civil Process deputies serve approximately 14,000 court documents per year.